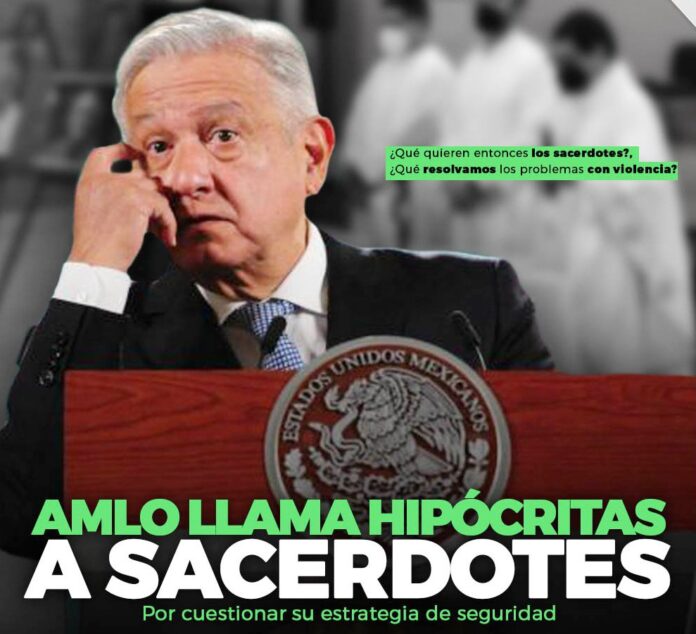 After the Jesuit priest Javier Ávila stated that “hugs are no longer enough” after the murder of two priests in the Sierra de Tarahumara, President Andrés Manuel questioned the hypocrisy that, he assured, exists in the Catholic Church and questioned ” What do the priests want then, that we solve problems with violence? Are we going to bet on war?

AMLO accused that after the assassination of the two Jesuit priests a campaign against his government was provoked, and he questioned that the religious remained silent in the past six-year terms when the practice of ‘kill them’ was launched and asked “why what this hypocrisy?

“They are not capable of saying it, the priests, and I am not generalizing, and those expressions of what ‘hugs are not enough for us’, what do the priests want then?, that we solve the problems with violence?, are we going to disappear all Are we going to wager on war? Why didn’t they act like that when Felipe Calderón? Why did they keep quiet when the massacres were ordered, when killing them was put into practice when the high Army commanders, you do your job and we take care of human rights? Why this hypocrisy?” he argued.