The role that women play within the community has been changing; there was even a participant in a beauty contest and now there are tiktokers and influencers.

The role of women within Mennonite society has been the subject of debate since their arrival in Mexican territory in 1922. Over a century with constant socio-cultural changes, the female vote, work outside the home, higher education and various rights that had a positive impact on women up to the present day.

Although the Mennonite tradition states that women should marry and dedicate themselves to housework, many have capitalized on their knowledge in cooking, sewing and farm work, supporting their homes financially. Not to mention those who leave the parental home to study for a university degree and those who create prosperous businesses with their own hands.

But it is not only the importance of monetary contributions. The Mennonites support by giving classes in schools that sometimes receive Rarámuri and mestizo children.

Can a Mennonite participate in beauty pageants? In 1987 it became clear that yes. Katharine Renpenning broke paradigms by being the representative of the large state in Miss Mexico.

When the online community dedicated to Mennonite stories, the Darp Stories Project, asked her about her experience as a “miss”, Katharine said that since she participated in the regional stage her thoughts were not about winning, just participating.

But thanks to her sympathy, beauty, and intelligence, the graduate of the Autonomous University of Chihuahua was chosen to seek the crown at Miss Mexico. That slim young woman with long blonde hair and of Mennonite origin went down in history for going on stage in the regional costume stage, proudly wearing her community clothing.

Katharine has done various community works and worked with the Chihuahuan government to create the Mennonite outreach program, she is also the CEO of Keers Study Trips.

As in many cultures, the kitchen is considered the heart of a home and a town. This is where food is the pretext to bring together all the mouths of a family.

Justina Dyck, a traditional Mennonite cook and instructor at the Training Institute for Work in the State of Chihuahua (Icatech), has been able to maintain a balance between technology and the recipes that come from her heritage, since, through workshops and courses, seeks to preserve the Mennonite gastronomic heritage.

The cakes, pastries, and bread that she makes are so famous that when one of her recipes is broadcast on Facebook, the video views number in the thousands for this entrepreneur. 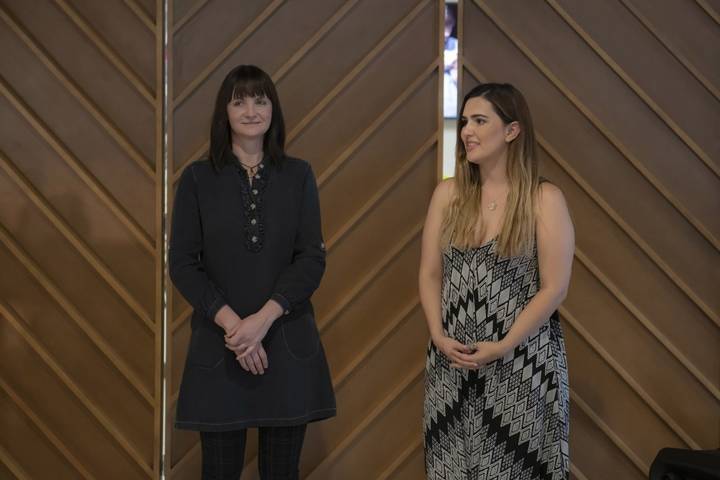 The Mennonite photographer and plastic artist, Verónica Enns defines herself as passionate about the visual arts with a special fascination for challenges and who is not characterized by a single style.

Originally from Colonia Obregón, Verónica has known how to exploit her creativity through painting, photography and ceramics, which in addition to showing her way of seeing the world, is also capitalized by being offered in her online store and the cafe inside the Mennonite Museum. of Ciudad Cuauhtemoc.

He also participates in multiple exhibitions and has become a cultural reference in his community and in Mexico. 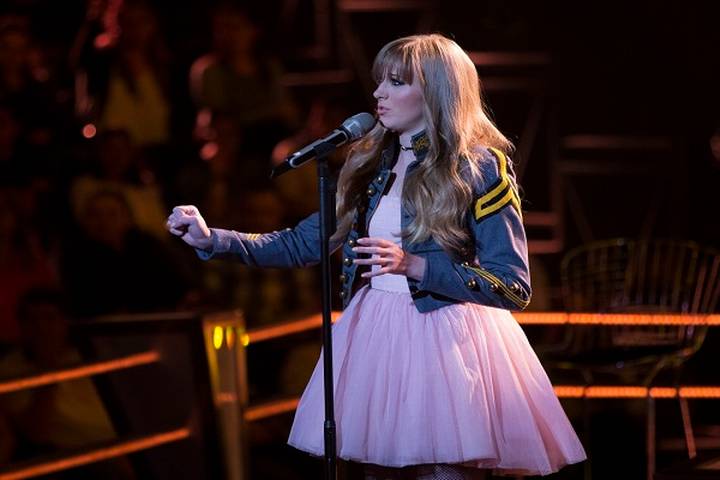 In 2016, hundreds stopped their activities for a moment to watch Itali Heide on television, the young Mennonite who auditioned for the program La Voz México. Her passage through the talent show boosted her career as a model.

Apart from developing these two facets in her life, Itali concluded her university studies this year and defines herself as a feminist and artist.

Its growth has gone hand in hand with the use of technology since it is used to uploading stories to Instagram, Facebook and especially on the platform that attracts the most users: TikTok.

The education imparted among the Mennonites has a particular organization. Each of the three existing subgroups in Cuauhtémoc – Liberals, Kleingemeinde and Altkolonier – has its own educational model.

Those belonging to the “liberal” system are the only ones that are fully incorporated into the Ministry of Public Education (SEP), the classes include the teaching of Spanish, English, and German languages. While the Kleingemeinde system is partially incorporated because although there are general knowledge subjects, they maintain religious education. Finally, the Altkolonier system maintains a traditional organization, they do not teach a language other than Low German in their classrooms, so most of the women and children do not speak Spanish.

Mennonite education is a long historical process where religion, economy, culture, and above all its philosophy of life converge, which involves all its social institutions that range from family, church, and also school.

Therefore, in the fields, it is not uncommon to see mestizo, Rarámuri and Mennonite children attend some of these classrooms, who finally share ideas and worldviews that enrich the three cultures.

Probably the first thing that comes to mind when we think of a wedding is the image of the bride in her flowing white gown walking down the aisle. The Catholic tradition and Hollywood productions have led us to have that idea par excellence, however, in northern Mexico, Mennonite marriages in Cuauhtémoc are celebrated in a very different way.

When they reach 15 or 16 years of age, the young Mennonites can already be courted by the boys of their community who, if they are accepted by them, will end up getting married in one of the traditional weddings to unite them “until death do them part”, since divorce is not well accepted by tradition.

When the women are of marriageable age, their parents give them showcases so that they store the gifts that the boyfriend gives them, which are generally kitchen utensils; If the relationship does not prosper, it is not necessary for them to marry, but if the courtship ends, the women must return the gifts they received.

The time to meet is determined by themselves. If the coexistence is good, they take the next step to announce their commitment, they organize a meal where the next union is announced. During the following week, the fiancés will wear brown clothes and after seven days they will celebrate the religious ceremony.

That day, the bride will wear a black dress, since it is considered the most elegant and formal color for the occasion, and will go to the altar with her head uncovered as a symbol of her virginity. The ceremony is simple, it lasts about 20 minutes and then gives way to a meeting with family members, which lasts all day. However, there is no honeymoon.

After the wedding, married women will be differentiated from single women by a black headscarf, those who have not yet married regularly wear a white or light-colored one.

White clothing is reserved for the deceased symbolizing purity.