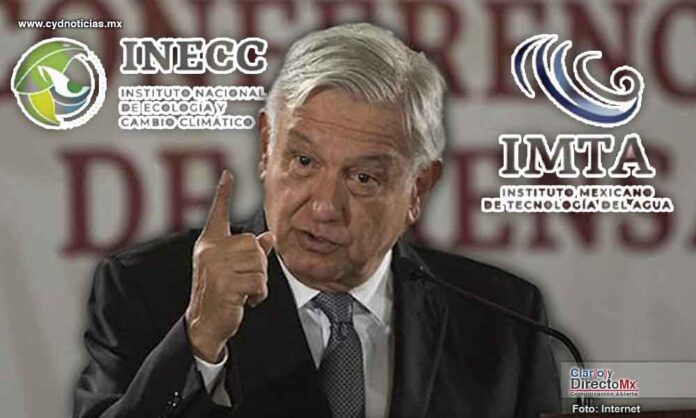 Scientific projections indicate that due to lack of water, Mexico City will collapse by 2030, that is, in eight years. It is one of the 10 cities worldwide that will be collapsed. And that the cities of Monterrey and Guadalajara also have severe shortage problems of the vital liquid that is already visible in the Sultana del Norte and in the state of Tamaulipas, where the dams no longer contain the vital liquid.

And not only that, but the entire northern region of the country has arsenic contamination. It already suffers from the scarcity and contamination of the aquifers with heavy metals due to the depth from which the water is extracted, which exceeds 1,500 meters, and the terrestrial strata, such as arsenic, contaminate it.

The deeper the water is extracted in the Comarca Lagunera and other northern regions, the more polluted the water is going to be. These depths can already be compared to sampling in oil drilling, engineer Rafael Espinosa Méndez said in an interview.

And the irony is that while more and more research and studies are required to solve this problem of water scarcity and provide alternatives and solutions, the AMLO government insists on the disappearance of the Mexican Institute of Water Technology (IMTA), national and Latin American reference for 35 years in the matter, he pointed out.

“There is no agreement to assess that the Institute should remain. We are in a salary review process, but the authorities showed up the week before without any proposal for an increase. It is a situation in which they already see the extinction of the Institute as very certain”, he says with a hint of sadness.

How many years of life, of research at the Institute are going to be lost?

-It is 35 years since its creation in 1986. With a background of research that has been done in this time. In other words, we are a national and Latin American benchmark. All of this is going to be lost because most of the researchers extinguish the IMTA and annex it to Conagua, the fellow researchers are going to retire.

-More or less than 205 researchers, 150 are already able to retire and or retire.

How to put an end to this institution when the lack of this vital element in various regions of the country is exacerbated?

All that trajectory is going to be lost. The situation is very serious due to the drought. And in the case of the northern region, the quality of the water that is extracted is already harmful to the flora and fauna.

At IMTA we have studies of the water balance and water culture. But we are in that dilemma that all that part is going to be lost.

Is Conagua a public administrative entity?

-According to the General Water Law, Conagua is the entity in charge of the operation and administration of water resources. And in the case of IMTA, its mission is to research, develop technology and prepare human resources.

That is the big difference between Conagua and us. There is no duplication of functions. We are a public research center. And something relevant. We are 205 researchers; in Conagua there are thousands of workers. His work is basically administrative.

We have already approached the Human Resources, Water and Sanitation Commission of the Chamber of Deputies, to resolve the concerns of Deputy Rubén Gregorio Muñoz Álvarez, from Morena. They arranged to come to the Institute before the end of February.

By trade, we are going to deliver Gregorio and the 36 members of the Commission to tell them that we are ready so that they can get to know the Institute. With this, we seek that there is a true pronouncement of the Parliamentary Group of Morena.

Muñoz Álvarez promised on October 8, 2021, at a meeting of that commission, they presented the projects requested by the deputy. This confirms that IMTA has the technology to solve these problems.

That deputy promised to come and hold a meeting so that all the legislators could come to the facilities and meet us. They haven’t and February is over, he said despondently.