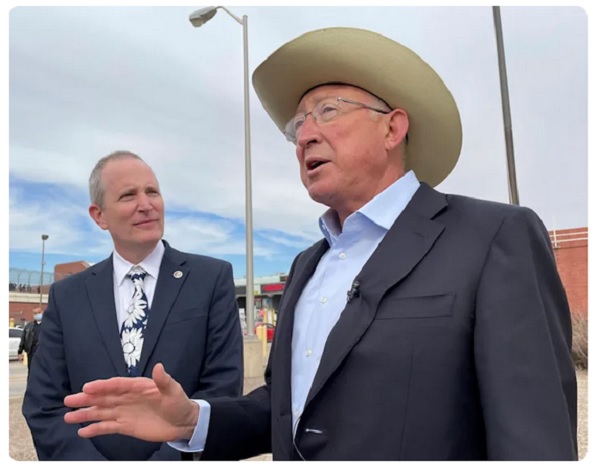 Working through a backlog of border crossing card applications is a “priority” for the White House, according to U.S. Ambassador to Mexico Ken Salazar.

The U.S. Consulate in Juárez, one of the State Department’s nine consulates in Mexico, currently lists a wait time of 701 days for non-immigrant visas, which include the B1/B2 tourist visa available to Mexican nationals that is known as a “border crossing card.”

The coveted cards allow tens of thousands of Mexican residents in the Borderland to crisscross to El Paso and southern New Mexico to shop at stores, visit family and friends or travel for tourism. For those unable to renew their border-crossing visas — a staple of life for those able to qualify and afford one — half of the binational community is cut off to them.

“The pandemic really created huge issues for everybody, including our consulate’s ability to process visas,” Salazar said in a Friday news conference at the Ysleta-Zaragoza International Bridge. “We have a huge backlog, and that’s what’s creating the wait time. We’re working very hard on it. It’s a priority of Secretary of State (Anthony) Blinken and the White House and we will do as much as we can to catch up.”

Salazar met with border security, business and education leaders in El Paso and Juárez on Friday as part of a tour of border communities for U.S. government’s top diplomat in Mexico.

Salazar was sworn in as U.S. ambassador to Mexico in August 2021.

In Juárez, a visa application or renewal process that used to take a few weeks pre-pandemic has stretched to nearly two years. U.S. consulates in Mexico reduced staffing hours during the COVID-19 pandemic, while many border crossing card applicants put off renewing or applying for visas while restrictions on non-essential travel remained in place for 20 months.