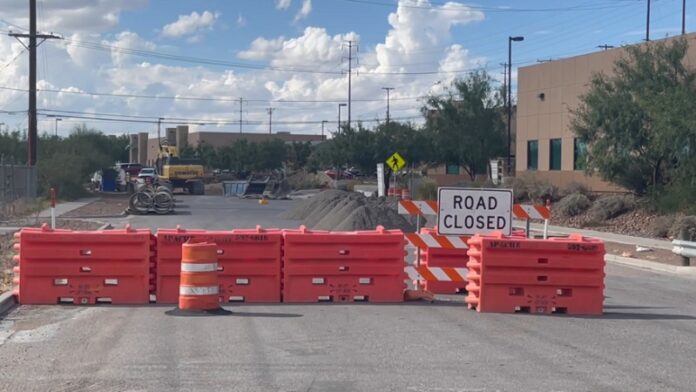 Ciudad JUarez, Chihuahua.- The U.S. Section of the International Boundary & Water Commission has notified Mexico about a major sewage spill into shared waters of the Rio Grande.

Between 3 million and 6 million gallons per day – 150 million gallons since Aug. 15 – have been leaking from broken pipes in West El Paso into the Rio Grande. The effluent is going into the river to prevent it from getting to residential areas and businesses near Doniphan and Sunland Park drives. Sewage then is routed to canals in El Paso and into a treatment plant several miles downstream.

“The water that is going into the Rio Grande is downstream of the location where Mexico gets the water under the (U.S.-Mexico) treaty. But, yes, sewage flows into the Rio Grande are entering the international reach of the river,” the IBWC said in a statement to Border Report.

Sewage flows into rivers and other bodies of water can expose humans who wade or swim in them to dangerous pathogens and cause intestinal infections, according to the Centers for Disease Control and Prevention and other health organizations.

The Rio Grande cuts across El Paso and Juarez, Mexico, a city of 1.5 million people; many migrants who approach the border wall to enter the United States surreptitiously first must cross the river.

The commission says Mexico has asked to be kept informed about the leakage and actions being taken to alleviate the problem. The U.S. Border Patrol has also been alerted.

“This is corrosion driven. It’s not just one break, it’s a series of breaks. The pipe is so badly corroded that we can’t fix it. When we go to fix it, we cause more damage than exists at present. So, we’re concentrating on replacement,” El Paso Water President and CEO John E. Balliew told the El Paso City Council this week.

He said wastewater is going into the Keystone Outfall that discharges into the Rio Grande. It’s then “pulled” out of the river and placed into the canal system that’s run by El Paso County Water Improvement District.

“And we are constructing a facility where we take it out of the canals and put it back into the wastewater treatment plant. We did have a period of time when wastewater was running into the ground, but I believe this has been cleared up,” Balliew told the council. “Water and stormwater pumps got that removed but by no means are we out of the woods at this point in time.”

He said the utility passed out car wash vouchers to businesses on Doniphan Drive affected by the spill and is negotiating with two hotels along Sunland Park Drive “to provide some sort of compensation” for repair activity that’s hindered access.

Also, the sewer line breaks affected the utility’s Hickerson Plant that provides recycled water to golf courses, parks and schools for irrigation. Some potable water is being used to cover the shortfall, he said.

The repairs will go well into November, with a December 3 target for normalization. The utility will need to pump water out of the ground — up to 15 feet deep — to ensure the safety of workers operating heavy machinery, which will affect nearby wetlands. The Texas Commission on Environmental Quality is monitoring developments.

City Rep. District 1 Peter Svarzbein urged the utility to keep the community informed regarding the work and removal of vegetation.https://www.youtube.com/embed/KjFOdpoCHdI?version=3&rel=1&showsearch=0&showinfo=1&iv_load_policy=1&fs=1&hl=en-US&autohide=2&wmode=transparent

“I’ve had a number of concerns from residents relating to vegetation and wetlands removal,” he said. “I understand the perspective of water utility is very much coming from engineering and flood control perspective. […] I know that one man’s clogging of stormwater is another man’s wetlands for birds and that sort of thing and there’s been a number of instances in my district where vegetation has been removed without much public input. …”

“It’s a terrible thing to happen. We were 60 percent done with a replacement (pipe) when the cascade of failures started to happen. We think we acted appropriately and as quickly as we possibly could,” Balliew said. “We apologize, especially to the Sunland Park (Drive) community for the inconvenience and the odors, but we are working as fast as we can to get this fixed.”