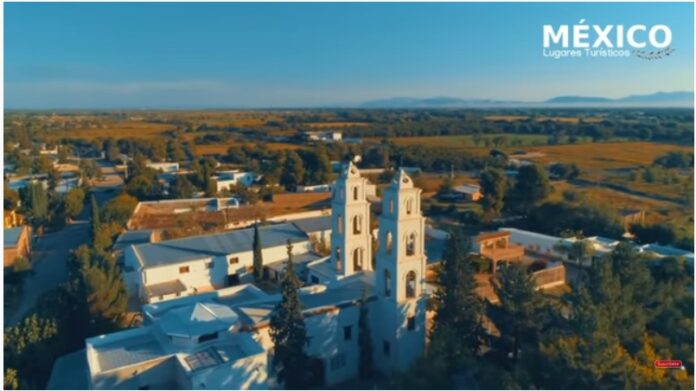 The first news of this enigmatic city of Casas Grandes Chihuahua came in the report of the conqueror Don Francisco de Ibarra in 1566, who described it as “of great grandeur, height and strength” since there were buildings up to 7 floors high.

In the ancient city of Paquimé, the origin of Casas Grandes, settlements dating from 600 AD were discovered. Upon the arrival of the Spanish, the city had already been abandoned by its original inhabitants. It is believed to have happened around the 6th century.

In addition to being the most important merchandise exchange center for the tribes of North and Central America, its inhabitants masterfully developed the art of pottery. There was a water distribution system within the city, a luxury even today in the middle of the Chihuahuan desert. In 1998 Paquimé was recognized by UNESCO as a Cultural Heritage of Humanity. To learn more about this culture, it is recommended to visit on-site the Museum of Northern Cultures, whose semi-underground building won an award at an architecture biennial.

The ancient city of Paquimé, today Casas Grandes. It is a World Heritage Site recognized by UNESCO for having been the most important commercial center in arid-America.

This pre-Hispanic city is characterized by its desert environment and by its civil and religious architectural constructions of rammed earth. To try a Sotol as an aperitif, a snack with curds and some stew with dried meat, a barbecue or a good cut of meat; for dessert peaches or apples from the region.

In the nearby town of Mata Ortiz, the ancestral technique of making Paquimé ceramics was rediscovered, is internationally recognized for using original techniques throughout the entire manufacturing process entirely by hand, in addition to using paint of natural origin.

The remarkable Paquimé civilization, which settled in the present Magic Town of Casas Grandes, is one of the great archaeological and historical treasures of Mexico.

Casas Grandes is the main Mexican seat of the fascinating Paquimé culture, the most developed of its time in northern Mexico and the most important visit to make in the Pueblo Mágico is its archaeological site and its site museum.

The Casas Grandes region was used at the end of the 19th century for the establishment of Mormon towns, of which two with interesting cultural samples have survived: Colonia Juárez and Colonia Dublán. Near Casas Grandes and Nuevo Casas Grandes (the modern city), the visitor can find places of historical, ecological, and archaeological interest, such as the Cueva de la Olla, the Cueva de la Golondrina, the Janos Biosphere Reserve, and the town of Mata Ortiz.

The Museum of Northern Cultures, also called the Paquimé Cultural Center, is located in the archaeological zone of Paquimé and was opened in 1996 in a semi-underground building and harmoniously integrated into the desert environment and cultural vestiges.

The design of the architect Mario Schjetnan was awarded at the 1995 Buenos Aires Architecture Biennial. The building has modernist lines and has terraces and ramps that are pleasantly incorporated into the environment.

The exhibition has some 2,000 pieces of the Paquimé culture and other pre-Hispanic peoples of the north, including ceramics, agricultural implements, and various objects, as well as maps, dioramas, and models to facilitate understanding by the public.

To promote the settlement and development of the northern regions, between the late nineteenth and early twentieth centuries, the Mexican government encouraged the founding of colonies in remote places by immigrants of the Mormon religion.

From this time, the best example of colonization preserved in Chihuahua by the Church of Jesus Christ of Latter-day Saints is Colonia Juárez, located 16 km away. of Casas Grandes.

Traditionally it has been a bilingual town in Mexican territory, dedicated to its dairy farms and the cultivation of peaches and apples. In Colonia Juárez, its modern Mormon temple is worthy of admiration; the Academia Juárez, a Victorian architectural building built in 1904; the Juárez Museum, dedicated to Mormon culture; and the Family History Center, a genealogical research organization operating in a Victorian home from 1886.

Source: Places To Visit In México