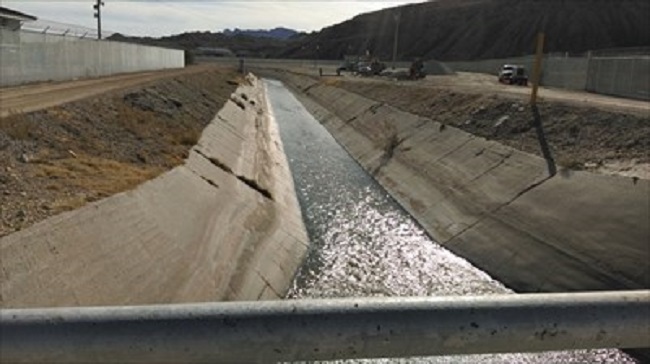 CIUDAD JUAREZ, CHIHUAHUA.- U.S. Border Patrol El Paso Sector agents on Friday saved two migrants who were drowning in the American Canal near the Ysleta Port of Entry, right on the border between the states of Texas and Chihuahua.

Agents searched the area and saw the two jump into the canal, a news release said.

The two tried to stay afloat as the current swept them downstream.

Agents immediately requested Emergency Medical Services and the El Paso Fire Department to help rescue the migrants. Soon afterward, a Border Patrol agent supported himself on a canal ladder rung and was able to safely rescue the migrants with the use of a rescue rope flotation device.

The migrants from Ecuador and Brazil were rescued approximately 1.5 miles from where they initially entered the canal. Both were provided with medical aid and subsequently were transported to the El Paso Modular Centralized Processing Center for further processing.

“Had it not been for the life-saving efforts of our Border Patrol Agents, these individuals could have easily drowned,” El Paso Sector Chief Patrol Agent Gloria I. Chavez said in the news release. “I am extremely proud of the heroic actions by our agents. This event once again illustrates that our agents will place themselves in harm’s way, or go any length, to render aid to those in need.”

VivaAerobus cancels flights to Ciudad Juárez due to cartel violence