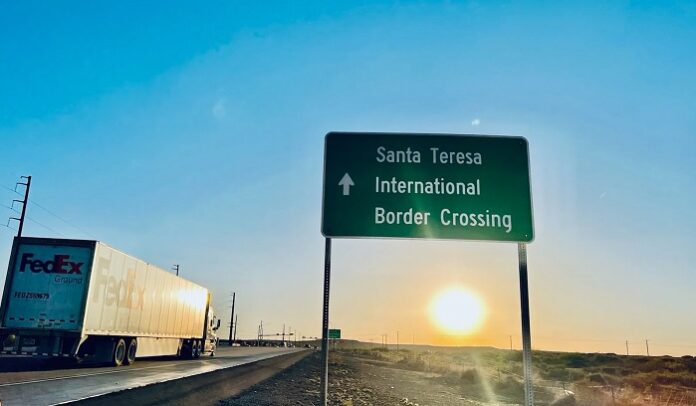 CIUDAD JUAREZ, CHIHUAHUA.- Two people died and 10 were injured on Wednesday, July 27th, when the SUV they were in rolled over in southeastern New Mexico about eight miles from the U.S.-Mexico border, officials said.

A thirteenth person also was in the Chevrolet Tahoe but it was unclear whether that person was injured, said Sunland Park Fire Chief Daniel Medrano. His agency responded to the crash, which occurred around 4:45 a.m. about 13 miles (21 kilometers) northwest of El Paso, Texas.

New Mexico State Police confirmed the two fatalities but did not respond to repeated requests for comment on whether law enforcement officers were pursuing the SUV when the rollover happened. Medrano said two of the people who were hurt suffered critical injuries and that all of the injured were taken to hospitals.

Federal officials in a statement said U.S. Border Patrol agents provided assistance at the crash scene, but declined to specify what type of help or whether agents were involved in a pursuit.

The Mexican Consulate in El Paso said in a statement that nine of the injured people were Mexican and that it is providing assistance to them.

While authorities did not identify the people in the SUV as immigrants, the stretch of border in southeastern New Mexico where the crash happened is among the spots where migrants regularly are smuggled across from Mexico in SUVs.

Nearly a month ago in the nearby New Mexico community of Santa Teresa, 15 immigrants were found crammed inside an SUV after a caller told the Border Patrol that the vehicle was picking up people on a state highway.

Last year, the driver of an SUV packed with smuggled migrants was struck by tractor-trailer shortly after driving through a hole in the border fence about 125 miles (200 kilometers) east of San Diego. The crash killed 13 of 25 people crammed into the SUV that was built to hold a maximum of eight. All the dead were from Mexico and Guatemala.

VivaAerobus cancels flights to Ciudad Juárez due to cartel violence