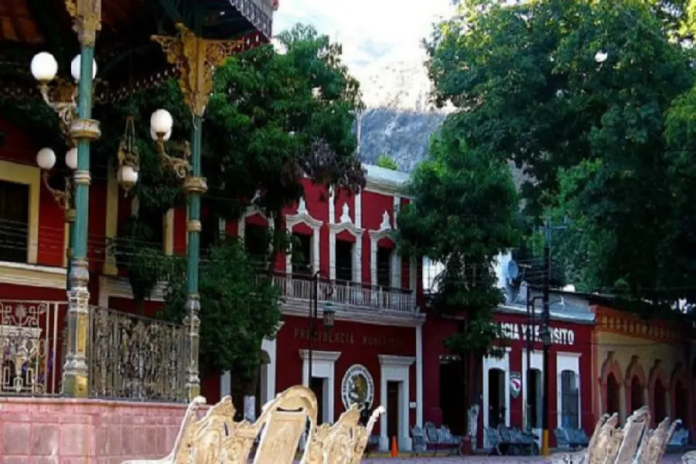 More and more Chihuahuans venture to know their state and in Creel alone, in 2021 there were 477 thousand tourists staying.

After a 55 percent drop in the economic impact of state tourism in 2020, last year the recovery of the three Magical Towns of Chihuahua exceeded 17.48 percent generated in 2019, according to SIDE data.

“I think that something very important that happened is that we Chihuahuans are discovering our state, and that generates something called tourist culture, which is knowing everything that can be recommended to visit,” said Alejandra Villalobos Palacio, head of the department. of Tourism Management of the Secretariat of Innovation and Economic Development (SIDE).

In 2001, the Ministry of Tourism (Sectur) of the Federal Government created the Magical Towns program, with the aim of enhancing the identity and uniqueness of the national heritage in each state, so Creel obtained the distinction in 2007, Batopilas in 2012, and Casas Big in 2015.

According to the latest economic census of Magical Towns, prepared in 2019 by the Sectur, around 554 people in Creel depend on this activity, as well as 40 in Batopilas, and 46 in Casas Grandes.

With the start of the Covid-19 pandemic, two years ago, the economic benefit of these three cities fell by 50 percent, while at the state level the loss was 55 percent, when comparing 2019 and 2020, reported Villalobos Palacio. .

However, the three magical towns have gradually recovered, even exceeding the percentages recorded in 2019, he added.

The other two “magical towns” also reported an increase in their tourism indicators during 2021, but much slower: Casas Grandes exceeded what was captured in 2020, but not in 2019, and Batopilas did not reach 2019, but grew by 80 percent last year relative to 2020.

“Although tourism is a market segment that was hit hard, it has shown that it is also very resilient, not just in Chihuahua and Mexico, but in the world and in the face of other epidemics and economic crises. It falls and then when it recovers, it rebounds”, observed the State Government official.

Although through the Tourism, Sustainable Regional Development and Magical Towns Program (Prodermágico) the municipalities with these distinctions receive financial funds annually, none of them have received them since 2018.

Similarly, it is expected that in 2022 there will be a face-to-face edition of the Tianguis Turístico, based in Oaxaca.

“The wonderful thing about the three magical towns of Chihuahua is that they are totally different due to the contrasting orography that they have among themselves,” he said.

Located at the bottom of the canyon of the same name, getting there is like traveling through time to an old mining town, with a subtropical climate in its deepest part, and icy at the top.

“You can be freezing at the top, and when you come down there will be spring weather with orchards of mangoes, guavas, avocados, and papayas,” described Alejandra Villalobos Palacio.

This “magical town” protects constructions and historic buildings such as the Mission of Santo Ángel Custodio de Satevó, 8 kilometers (km) from the municipal seat.

It has 115 rooms in various hotels, with very variable prices, from budget accommodation to high value in a boutique hotel, and multiple meals.

Creel is another totally different “magical town”, its landscape is of valleys on the upper part of the Sierra Tarahumara, and in winter you can enjoy snowfall, which is very attractive.

It is one of the most important stations of the Chepe train, the only one that transports passengers in the country, and in the surroundings there are rock formations that give the valleys their name, as well as pine and oak forests.

In the same way, it is the seat of Lake Arareco, and in the surroundings you can rent bicycles, horses, ATVs, racers, or go for walks.

There is a large Ralámuli population, although from the Upper Tarahumara, unlike Batopilas, who are from the Lower Tarahumara group, so their clothing and language are different.

Its accommodation capacity is 160 rooms, with various options ranging from hostels and cabins, to 4 and 5 star hotels.

The name of “magical town” for Casas Grandes is based on the archaeological zone of Paquimé, named by UNESCO as Cultural Heritage of Humanity, since 1998.

Here you see the Chihuahuan plains with gigantic extensions of land, full of history and culture, framed by an infinite open sky.

It is the land of Mata Ortiz, where Juan Quezada rescued the ancestral custom of polychrome pottery, and won the National Arts Award.

Today an entire community is dedicated and lives from it, and tourism can participate in the workshops to practice how one of these vessels is formed.

Modern connectivity allows you to reach the Valley of the Caves, where you can see the Cueva de la Olla, its historical objects and holes in the rocks, similar to houses and barns with the silhouette of a huge kitchen utensil like this one.

“That’s why it was named like that, but in reality it is where they kept the corn, and nearby there is a hamlet of caves with the same type of archaeological remains,” he described.

In Casas Grandes vineyards have been developed that can be visited in spring, to see the grapes grow or taste the high quality wines that are produced there.

“If what you like is hiking, there is the Piedras Verdes River, with incredible autumnal landscapes of ocher and yellow colors, and it is also the land of Apaches,” he said.

The lodging capacity in Casas Grandes is 30 rooms, but 8 km away is Nuevo Casas Grandes, where there are 480 more.