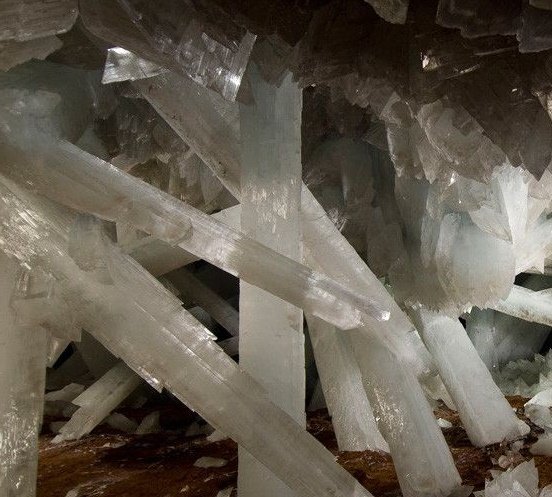 The Second unique place in Mexico to visit is the Giant Crystal Cave, which is hidden in a cave by the Naica mine in Naica, Chihuahua. This is a true landmark for this location, and a real treasure when it comes to the best attractions to see.

Now, this area is the home of dozens of huge crystals. Some of these crystals can weigh 55 tons. This is huge. Once coming here, you can see the largest Selenite “sword” crystals in the whole world. Even though this location was discovered over 100 years ago, it is still a “wow destination.”

History of this place

To find out more about the Giant Crystal Cave, we should go back in the 18th century. During this period of time, silver was worth a lot of money in Mexico. And along with the first years of the 20th century, mining was also very popular.

In 1911, the Naica mine was finally closed, and that moment was followed by the finding of Giant Crystal Cave. From that first moment, people knew the place is special and is a spectacular natural discovery.

As such, the locals decided it would be a great idea to protect the environment here, so the cave is now protected by law.

What You Will See Here

However, it wasn’t until the 2000s, that Juan and Pedro Sanchez, who are two researchers. Finally discovered the cave again and they saw it from another perspective.

While searching the Naica cave, they saw something which remains unforgettable for anyone who comes here: over 900 feet underground, with dozens of giant crystals.

The diameter of each crystal is somewhere around 12 feet. This means huge, and also weighs over 55 tons. People say they are over 500,000 years old.

Over the many many years, several natural phenomena started shaping this crystal in a very unique way, so the result is now a natural wonder.

Good To Know When Coming to Giant Crystal Cave

The view is spectacular, safe to say a once-in-a-lifetime image. However, you cannot stay near the crystal if you don’t wear special equipment. The average temperature is 58*C or 160* F, which can cause even death to some.

So it’s impossible to stay for more than 10 minutes. Moreover, the crystals are very difficult to climb, so only specialists will be able to see them closely.

Healing Benefits of the Crystals

Another interesting fact to know about the cave is that people believe the Selenite, which is a gypsum crystal, brings people lots of healing benefits. Only by touching them, people will look younger.

On top of that, Selenite, which is the Greek goddess of the moon, offers emotional stability and prosperity. In a nutshell, the Giant Crystal Cave is a magical place to visit.