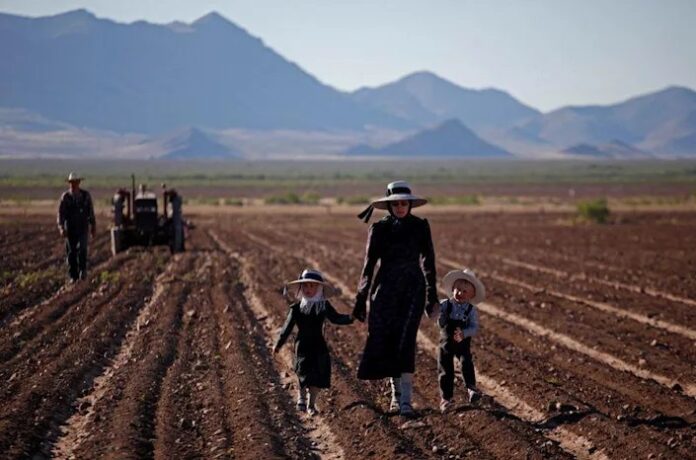 ASCENCION, CHIHUAHUA (May 20, 2022) – The Mennonite community in Chihuahua, Mexico, can trace its roots as far back as a century ago, when the first such settlers came seeking ideal farming land, isolation from the outside world and the preservation of their religion.

Here, their way of life is simple, with virtually no use of electricity or the internet. The community supports itself through its centuries-old tradition of farming: corn, chili peppers, cotton, and onions.

But life can be difficult for them as modern technology creeps closer to their doorstep. It’s not as easy to maintain their isolation as it was a hundred years ago.

From low water reserves due to drought worsened by climate change to the rising cost of diesel to run farming pumps, the community has its own set of challenges as it seeks to thrive and grow.

For the last 100 years, Mexico has been home to Mennonite farmers, who migrated from Canada, where many still live.

Descendants of 16th-century Protestant Anabaptist radicals from Germany, the Low Countries, and Switzerland, Mennonites rejected military service and the concept of a church hierarchy, suffering years of persecution and making them reliant on patronage of rulers eager to exploit their belief that agriculture and faith are intertwined.

The community of El Sabinal – Spanish for “The Juniper” – was founded nearly 30 years ago in the dry, desert-like terrain of Chihuahua in northern Mexico. Today, Mennonite farmers have transformed it into fruitful farmland, often using antique farm equipment. They live in simple brick houses they build themselves, usually consisting of one open room.

As the Mennonites expanded their farmland in drought-prone Chihuahua, where they have several communities, the demand for water increased. Over the years, they have faced allegations of sinking illegal wells from local farmers who complain the government gives them preferential treatment.