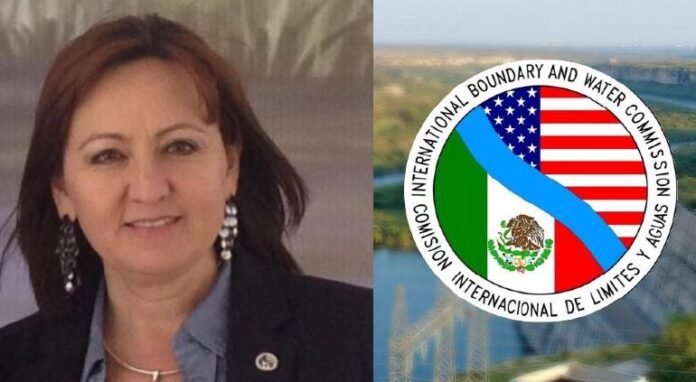 A Chihuahua native will head the Mexican section of the International Boundary & Water Commission.

The designation of Adriana Beatriz Carolina Resendez Maldonado as Mexico’s new commissioner coincided with the swearing-in of her U.S. counterpart, Maria Elena Giner. Each woman will represent her country’s interests in an international agency that manages joint water resources – including water allocation, flood control and international reservoirs – and mediates boundary issues between Mexico and the United States.

“I am grateful to Foreign Minister (Marcelo) Ebrard and Roberto Velasco for the trust they have placed in me. […] I will proudly represent my country,” Resendez tweeted. Velasco is the Foreign Ministry’s director for North America. Resendez replaces Humberto Marengo Mogollon at the IBWC, which in Mexico is known by its acronym of CILA.

Resendez has been working for the Mexican section of the IBWC for 23 years, the last three as area director. She has a bachelor’s degree in civil engineering and a master’s in water resources, both from the Autonomous University of Chihuahua.

“She will be the first woman (commissioner) in the Mexican section of the IBWC, which asserts the Foreign Ministry’s commitment in favor of a feminist foreign policy. This is the first time that the Mexican section and the U.S. section will be (simultaneously) headed by women,” the Ministry said in announcing the appointment.

The American section of the IBWC is based in El Paso, Texas; the Mexican section headquarters is in Ciudad Juarez, Chihuahua.