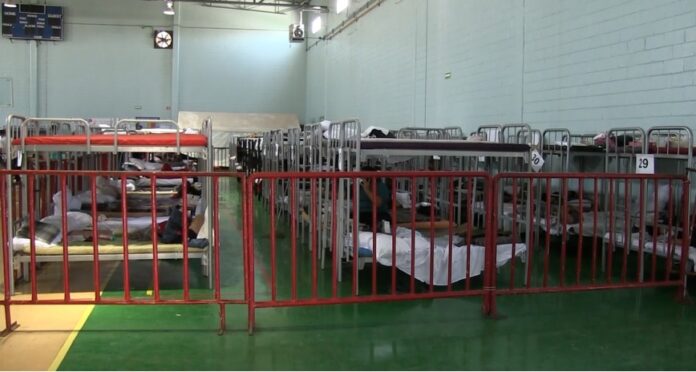 CIUDAD UAREZ, CHIHUAHUA (September 22, 2021).- A migrant shelter in the border town of Ciudad Juarez, which has struggled to accommodate the high number of new arrivals in the past few weeks, has received a donation of 50 beds from a UN agency.

The steel-frame beds and new mattresses were installed this week at the Kiki Romero Gym in Central Juarez, the Office of Mayor Cruz Perez Cuellar said.

An average of 200 to 300 migrants from Central America and Southern Mexico has been staying there since April.

Most of the guests are families and single adults that have been deported from the United States under the Title 42 public health order; a few are newly arrived in the city or have been rescued from cartel safehouses, administrators have told Border Report.

The donation came from the United Nations Refugee Agency, the mayor’s office said.