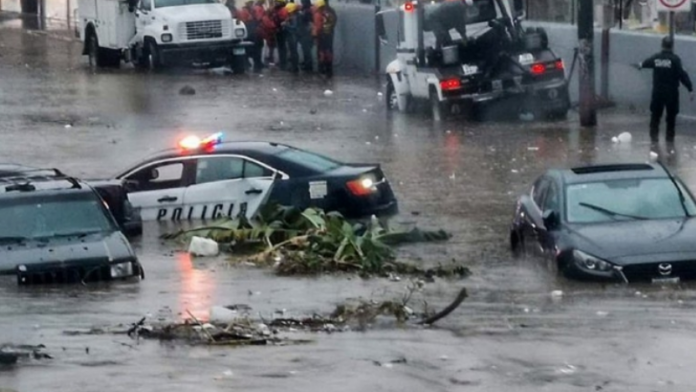 On Thursday night and early Friday morning, a strong storm hit the state, leaving heavy flooding and so far the authorities have reported one death.

An intense storm accompanied by strong winds, electrical activity, and hailstorms hit the municipality of Chihuahua, causing floods and chaos.

A man lost his life inside his car after being trapped by the floods, said the highway police commissioner, Ricardo Hernández.

The victim was swept away by the water stream, being trapped inside the car.

The  Municipal Public Security Directorate, the Fire Department and Civil Protection reported that this Thursday a total of 113 emergency calls were answered in the state capital due to the heavy rains.

The heavy rains also caused the Chuvíscar canal to overflow, which caused several vehicles to be stranded at the Teófilo Borunda and La Junta avenues.

According to the Central Board of Water and Sanitation of Chihuahua, an accumulation of 30 millimeters of precipitation was recorded in just 30 minutes.

These are the videos that circulate on social networks, where it can be seen that some streets became “rivers” which caused some cars to be swept away by water currents.