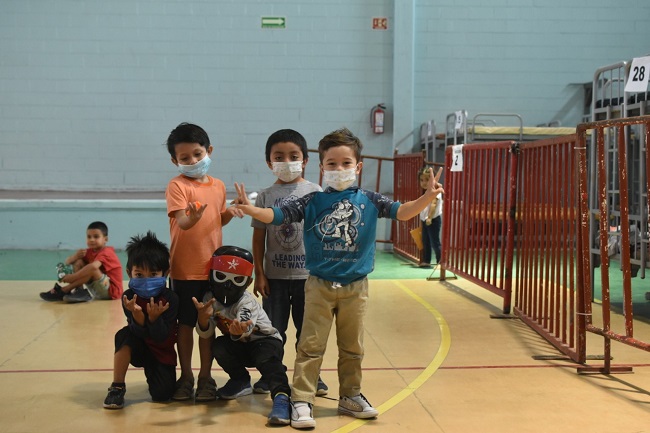 A 9-year-old Honduran boy named Ivan became the first foreign child to enter the foster care system in that Mexican border city, and is staying with a family in Juarez, said Jose Castañeda Pérez, deputy director of the Office for the Protection of Children and Adolescents in the state of Chihuahua.

Ivan will remain in the foster home until Mexico’s National Immigration Institute can reunite him with his family in Honduras. The child previously was under the custody of DIF, the state children’s and family agency, which had kept him in shelters.

Ivan arrived in Juarez without his parents this summer but was unable to cross into the United States. Chihuahua state authorities typically take those children to an emergency intake shelter, the Nohemi Alvarez Quilay home.

Castañeda said the family that has taken in the boy went through a vetting and certification process with the state of Chihuahua to ensure the child’s welfare.

Chihuahua authorities since 2018 have assisted 32,000 single adults and families at Juarez’s Migrant Assistance Center next to the Paso del Norte International Bridge.

Most of those have been Cubans and Central Americans, but migrants from Africa to Eastern Europe have also sought assistance, said Enrique Valenzuela, head of the Chihuahua Population Council that runs the center.

The agency works with UNICEF, local aid groups, and shelter operators to make sure the migrants seeking to enter the U.S. any way they can don’t get stuck living on the streets.