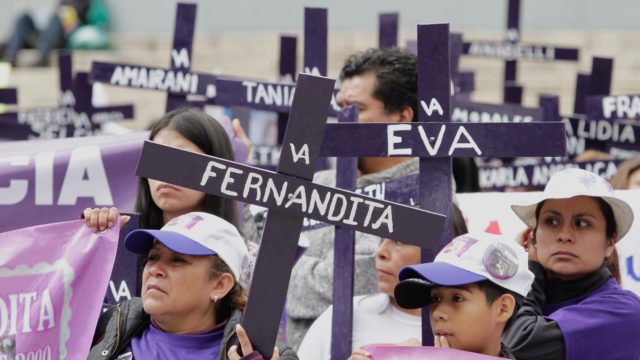 The issuance of this declaration occurs two years after the National Human Rights Commissions (CNDH) and the state Human Rights requested the alert for the aforementioned municipalities.

According to data from the Ministry of Security and Citizen Protection (SSPC), Ciudad Juárez and Chihuahua capital are among the 50 most violent municipalities in Mexico.

Chihuahua governor, Javier Corral, who is about to deliver the commission, acknowledged that in the last 10 years, the five municipalities where there is now a gender alert declaration have murdered more than 2,400 women.

To this, it is added that on average, in the state, seven out of 10 women have been victims of some type of violence that ranges from physical, sexual, and economic to political.

According to state security data, from January to June of this year, Chihuahua ranked as the third state in the country with the most intentional homicides of women and as the second with the highest rate for the crime of rape.

Undersecretary Alejandro Encinas Rodríguez affirmed that this action is a firm step by the Mexican state to resolve the violence suffered by women.

The declaration includes 21 measures to be implemented by the three orders of government and the Legislative and Judicial powers in the entity, which integrate recommendations from international organizations and establish the modality of gender violence, forced disappearance, family, community, labor, teaching, and institutional.