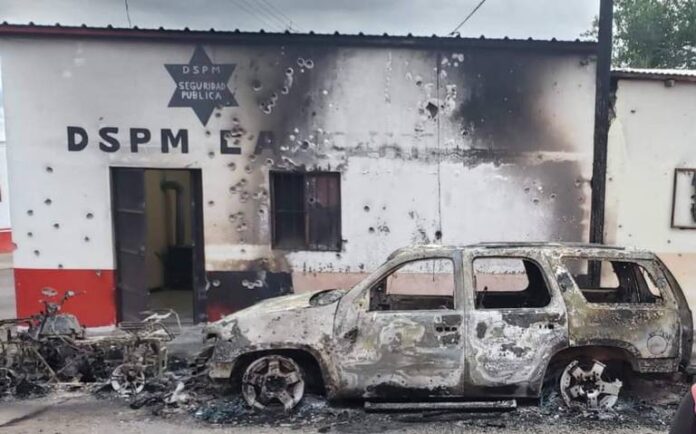 Gunmen fired more than 100 times against vehicles and police facility in the town of Carichí, which is located in Chihuahua’s Siraa Tarahumara.

During the night of Sunday, July 11th, the command of the Carichí Municipal Police was shot and set on fire by a group of armed individuals, who arrived in several vehicles.

So far, the official version of the events has not been released, however, it transpired that the gunmen fired more than 100 times against vehicles, the municipal police headquarters, and the Revenue Collection office.

Two official vehicles, an ATV and a van were completely burned, while another unit received dozens of gunshot impacts.

So far the authorities have not reported the total amount of the damage, and apparently, there was no report of casualties or injuries as a result of this armed attack.