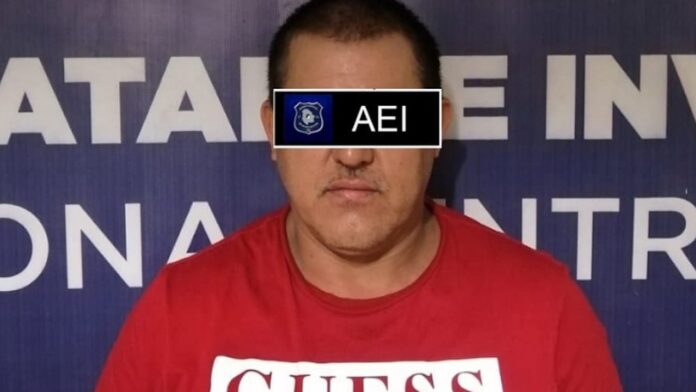 Chihuahua police officers and agents of the Mexican Army, arrested Juan Homero MA, alias el ‘H7’, leader of the Juarez Cartel, who had been wanted for two years, accused of the murder of 4 agents of the State Security Commission back in 2018.

The detainee is indicated in addition to coordinating in the region to lead the illegal activities of organized crime in the mountain municipalities of Matachí, Guerrero, and Bocoyna, such as drug trafficking, clandestine logging, and the theft of hydrocarbons.

The state prosecutor, César Augusto Peniche, announced that the capture occurred on July 9, in coordinated action between staff of the State Investigation Agency (AEI) and the Secretariat of National Defense.

Juan Homero M. A. was wanted for the events that occurred in 2018 when a group of heavily armed men ambushed four state police officers. The criminals used a grenade launcher to commit the attack.

If found guilty in this case, the ‘H7’ could face a sentence of more than 100 years in prison.

He added that other investigations involve this individual as the leader of the cartel in the Matachí, Bocoyna, and Guerrero area, where he is attributed with coordinating drug trafficking, illegal logging, and the theft of hydrocarbons.

Peniche mentioned that the arrest warrants against “H7” are for the crimes of qualified homicide, attempted murder, damages with an aggravated penalty, and organized crime, among other high-impact criminal acts.

In the next few hours, he will be placed at the disposal of the Public Ministry that will formulate an accusation, for acts in which there are people already sentenced.