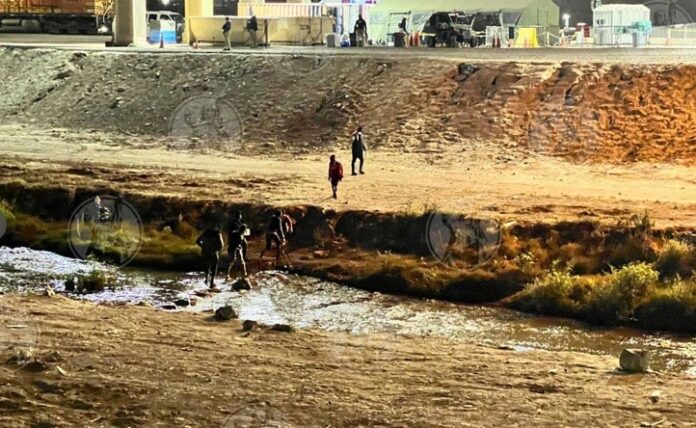 Tents were burned, punches were thrown and scuffles erupted Sunday morning as Mexican authorities evicted hundreds of migrants from the “Little Venezuela” encampment on the southern banks of the Rio Grande.

The encampment formed in October along the Mexican side of the border near downtown Juárez after the U.S. government began expulsions of Venezuelan nationals. Migrants were staying in donated camping tents along the border, hoping to be allowed to enter and gain asylum in the United States.

Scuffles erupted between migrants and police with riot shields and tents were set on fire in protest as Mexican federal, state and city police and workers moved in to remove the camp late Sunday morning, according to video taken by the Norte Digital news website.

Immigration:Last bus out: How one family’s trip on a migrant bus from El Paso to New York delivered an American dream

The Juárez city government initially said that 500 migrants would be bused to shelters. But in an update on Monday, city officials said that of the 600 migrants at the camp only 80 accepted transportation to the Leona Vicario federal migrant shelter and another 14 went to the Kiki Romero municipal shelter.

The camp had become a health and safety hazard with the arrival of winter chill in the Borderland and concerns that campfires used to keep warm could cause a potentially deadly fire in the camp, officials said.

“There are places to wait and take shelter and the intention of the Municipal Government and the other authorities is to avoid a tragedy and protect them, so we will continue to urge them to stay safe,” Hector Rafael Ortiz Opinel, a Juárez city management official, said in a news release.