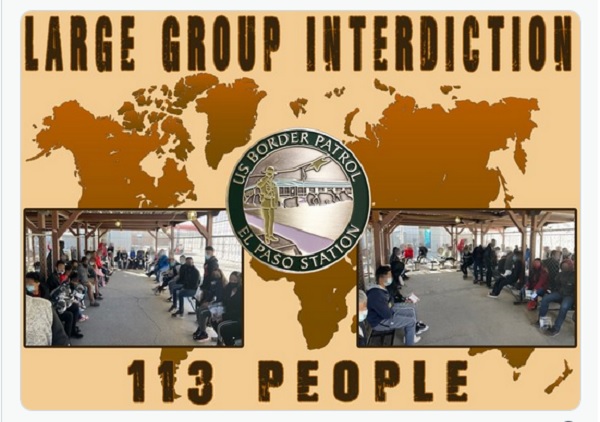 EL PASO, TEXAS (Feb. 7, 2022).- The U.S. Border Patrol detained a group of 113 undocumented migrants — including more than a dozen children traveling alone — after they crossed the Rio Grande Sunday near the Chamizal National Memorial in El Paso.

Agents saw the large group cross the border shortly after 12 noon just west of the Bridge of the Americas, a Border Patrol spokeswoman said on Monday, Feb. 7th.

The group was made up of migrants from Guatemala, Brazil, Nicaragua, Cuba, Costa Rica, and Venezuela.

The group includes 19 unaccompanied children from Guatemala, as well as 78 adults and seven family groups, the Border Patrol said.

All the migrants were taken to the El Paso Processing Center to be medically checked and processed.

Similar large groups were common at the El Paso border during the migrant influx of 2018-19. Migrants seeking asylum would cross the river to U.S. land and wait by the border fence to surrender to Border Patrol.