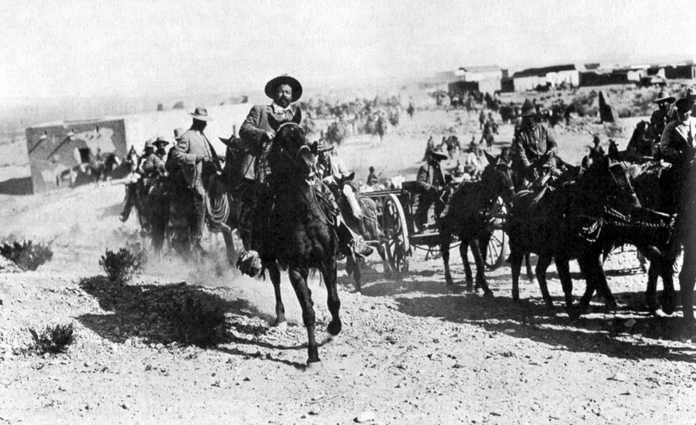 Relations between Mexico and Japan date back to 1893, the year in which an immigration agreement was signed between the two countries to solve the overpopulation problem in Japan and establish a colony in Soconusco, Chiapas of Japanese who arrived in 1897. The first attempt was in difficulties due to the young age of the migrants and the adverse situation for the harvest.

However, the seed of the Japanese in Mexico had been planted and like many Mexicans, the Japanese, when they were accepted as labor during the Porfiriato, knew first-hand the injustices of work in Mexico. For this reason, several joined the revolutionary cause.

This is how Kingo Nonaka lived it, the famous samurai of the Northern Division. He and his uncle arrived in Salina Cruz in 1906 where he worked in the sugarcane crops and lived under harsh conditions along with 1000 other Japanese and 500 Mexicans. Later he would migrate to Ciudad Juárez, Chihuahua, to reach the United States.

Nonaka after learning nursing would receive the title to work in that field. His participation in the war began when he treated Francisco I. Madero on his farm after being wounded by several bullets in a confrontation. He would join the Northern Division after the Tragic Ten and is the most famous case of the Japanese in the Revolution.

Kingo Nonaka fought in the Mexican Revolution alongside Francisco I Madero and Pancho Villa (Photo: Wikipedia)

Nor would it be the last time that the Japanese helped the Maderos. During the Tragic Ten, on February 9, 1913, the president’s family was housed in the legation during the Huerta coup. Kumaichi Horiguchi was in charge of the business for the Japanese legation in Mexico who already had relations with the Mexican political sphere in 1911.

He and his wife were close to the Madero, but it was the latter, Stina de Horiguchi, who was a great friend of Madero’s sister and wife and who had the initiative to host them at the embassy.

They were given shelter for several days. When the huertistas learned the whereabouts of the family, they went to attack them but were stopped when Kumaichi extended the flag of the rising sun and got in their way, telling them that if they put only one foot on the flag they would cause a great international problem. At the end of the Tragic Ten with the murder of Madero, Horiguchi accompanied the family to the port of Veracruz for their trip to Paris.

Later, on the Villista side, there was also Saichiro Nishiyama, who joined Francisco Villa’s army. His role was somewhat interesting since, allegedly, he became involved with the manufacture and use of Japanese weaponry. During the revolutionary war, Victoriano Huerta tried to continue with the negotiations with the Mitsui Bussan company that Gustavo Madero had started to acquire weapons.

The United States intervened unsuccessfully so that these deliveries did not continue, however, a part of the shipment was lost and the one that reached Manzanillo, it is believed, remained in the hands of Villagers. It is also believed that Villa, through Nishiyama, purchased weapons from Mitsui, although it is not proven. Paco Ignacio Taibo II in the fictionalized biography of Pancho Villa even mentions that the Japanese approached him to sell him weapons.

Likewise to Fusaichi Otakara, who was a day laborer and worked for Madero. But being a descendant of samurai, he decides to join the Mexican battle who became a Cavalry lieutenant. He left the military life for his family and it is believed that he was the first to sell scraped or Yukis in Nuevo León.

He is also on the side of the constitutionalists Asajiro Tanaka, who participated in the army of Venustiano Carranza and Kisaburo Yamane who faced the Zapatista army in Morelos on Carranza’s orders.

Otakara fought with Madero and Villa but retired from military life at the request of his wife for fear of losing him in combat (Photo: Facebook / Fusaishi Otakara)