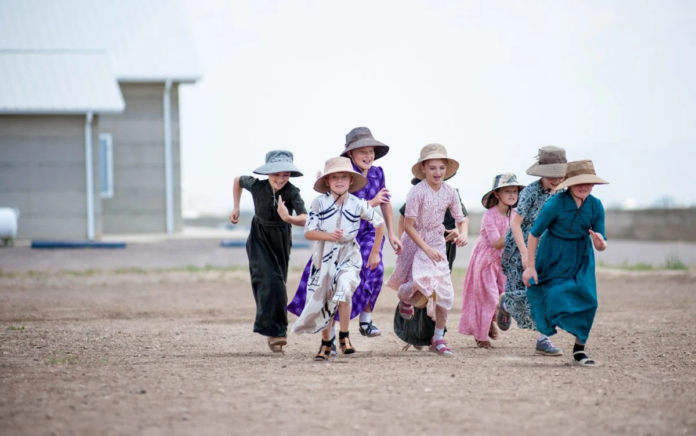 The Mennonites arrived in Mexico, very close to the city of Chihuahua, in the 20th century and have preserved their culture as if they were outside of time and space.

Mennonites are a people whose strength is their perseverance and the unity of their community. The Mennonite community has its roots in Germany and the Netherlands and at the end of 1922, they arrived in San Antonio de los Arenales, north of the city of Chihuahua.

The Mennonite community is known by that name because of Menno Simmons, its most important leader.

The first Mennonites to arrive in Mexico moved their families with their belongings, customs, aspirations, and privileges and acquired large tracts of arable land after the First World War began and its precepts were put at risk.

Currently, the Mennonite community in Chihuahua is made up of 50,000 members who in turn are divided into 80% conservative and 20% liberal, and both groups interact daily, agreeing that their differences would not prevent them from working together.

Liberals and conservatives are distinguished by the fact that liberals do use technology: Internet, cell phones, and they also attend schools incorporated into the SEP until the age of 14, while conservatives attend only Mennonite school.

Liberal boys, once they leave high school, go to work in the fields or around the house according to gender.

Within its philosophy of life, it works for the community and the fruits of this work must be distributed among all its members. Due to this, no one will ever lack food or clothing because the community supports each other and the accumulation of material goods or wealth is not allowed, any surplus production must be used to produce more.

While the boys attend school, their families must contribute a quota due to their absence from field work.

The social organization of the Mennonites is a matriarchy, that is, the woman has the last word in making decisions. You should also know that one of their community rules is to only marry each other.

The Mexican authorities gave their approval for the Mennonites to maintain an education different from the official one, however, every Monday is sung in traditional German, the Mexican national anthem.

Finally, you should know that the Mennonite cheese that can currently be bought anywhere in Mexico is a national product, which they learned in this country thanks to the fact that a Mennonite worker from Chihuahua learned the technique from his boss, a Mormon pharmacist who taught him.

According to the 2012 estimates, there were 100,000 Mennonites living in Mexico (including 32,167 baptized adult church members), the vast majority of them, or about 90,000 are established in the state of Chihuahua, 6,500 were living in Durango, with the rest living in small colonies in the states of Campeche, Tamaulipas, Zacatecas, San Luis Potosí and Quintana Roo.