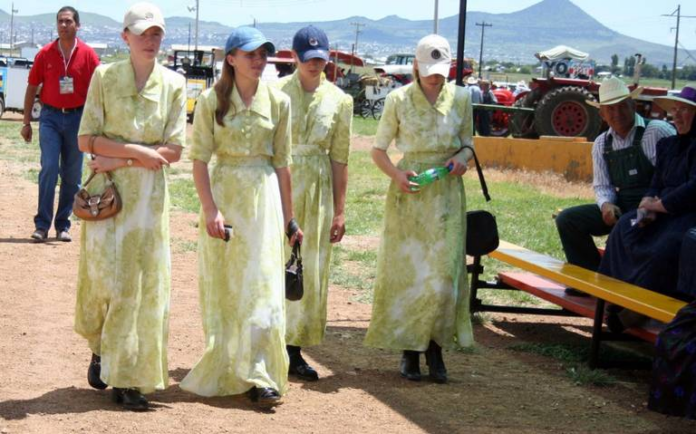 There is no classification within the INEGI as such

Cuauhtémoc, Chihuahua. – The Mennonite community, emblematic in Cuauhtémoc for being the third majority culture in the area, is not considered an ethnic group by INEGI, therefore, its inclusion in the electoral processes is not required, as will happen in the present process with the 4 original peoples of Chihuahua, which for the first time will appear on the ballots as an obligation for the political parties.

Gerardo Macías Rodríguez, an electoral counselor, explained that even though the inhabitants of this area, it is evident that they make up an important sector, however, within the records of the National Institute of Geography and Statistics, they are not segmented as such, This makes it difficult to know with certainty how many Mennonites there are, as their denomination is religious and not ethnic.

According to the document “Sectorial Program Sectorial Program Chihuahua Live with the Chihuahua Live with the Mennonites”, issued in 2016, the population of this age group is residing in three main areas: Cuauhtémoc, Riva Palacio, Namiquipa and Cusihuiriachi, with a approximate population of 37,140 inhabitants, Ascensión, Buenaventura, Nuevo Casas Grandes, Janos, and Villa Ahumada, with 6,813 inhabitants and Ojinaga, Aldama and Camargo with 1,630 inhabitants.

To date, they have been withdrawn from political participation, since there has never been a candidate from this sector of the community, despite the fact that there have been attempts by the parties to approach and invite distinguished members of the population, however, by customs and traditions do not come very close to this type of activity.

Macías Rodríguez expressed that, for the first time in history, by law, the parties will have to nominate inhabitants of the original peoples in an obligatory manner, at least in 22 municipalities, mainly in those with a high indigenous population, including Cuauhtémoc.

The Mennonites have never been identified as an ethnic group and as such, they are not considered, “unfortunately in order to apply measures, in the surveys carried out by INEGI they do not exist as a denomination, the pollsters ask, do you consider yourself indigenous? they are never asked if they belong to an ethnic group ”, explained the counselor.

He explained that it would be interesting to recognize all ethnic groups in the entity, in order to implement actions in their favor that are visible in future electoral processes.

Regarding the population of the four ethnic groups with a presence in the entity, Pimas, Rarámuri, Tepehuanes, and Guarojíos, he explained that in 10 municipalities of the entity they will have two positions for each party in the proposal of regidurías, at least.

In 20 more municipalities, including Cuauhtémoc, Delicias, Parral, Chihuahua, and Ciudad Juárez, they must propose at least one indigenous person per roster, but there will also be proportional representation, for which they estimate there will be more than 40 officials from this sector.

The councils, especially the District XXII, with head in Guachochi, all must nominate an indigenous inhabitant, as well as proportional representation, whether male or female, corresponding to any of the four ethnic groups.