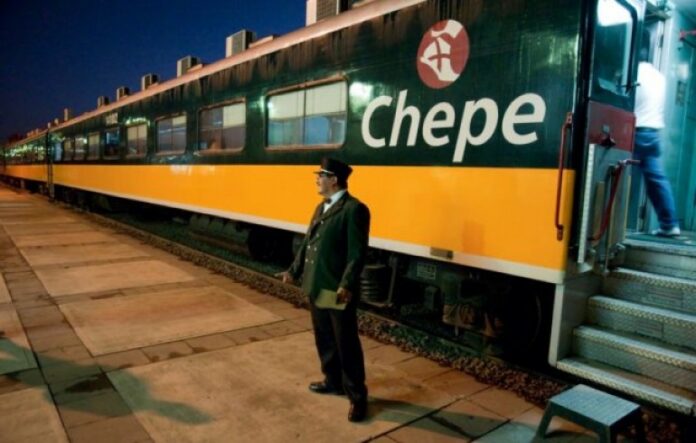 At 2:30 p.m., the ex-workers who blocked it in demand of immediate reinstatement released the road.

Los Mochis, Sinaloa.-After an 8-hour delay, the Chihuahua al Pacífico train – Chepe – was finally able to leave the Los Mochis station for its destination to the capital of the neighboring state.

At 14:30 hours they freed the way the former workers of Ferromex that blocked with stones the rails in Rosendo G. Castro colony in demand immediate reinstatement in their posts of those who claim they were unfairly dismissed.

The long delay in the departure of the train caused some of the hundreds of passengers to get off the Chepe and return to their places of origin because their travel itinerary had been disrupted.

After being stranded for hours, the Sánchez Medina family got off the train and returned to Ciudad Obregón because the delay affected their itinerary

The blockade at the exit of the Chihuahua-Pacific Railroad (Chepe) ruined the vacation of the Sánchez Medina family, from Ciudad Obregón, who traveled to Los Mochis to board the train to Ciudad Cuauhtémoc at 5:30 a.m. in the Sierra Tarahumara, but the blockage of the track prevented the train from leaving the station towards its destination.

Faced with the unforeseen event, Ferromex had to reimburse them for the ticket money after these passengers could no longer wait for the blockade to be solved.