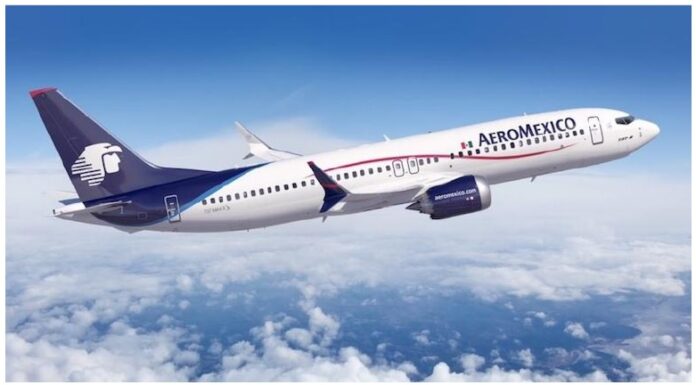 More than an hour and a half of delay suffered the passengers who were traveling from Mexico City to Chihuahua as a result of a dispute between passengers, that ended up in a brawl inside the airplane, forcing the pilot to make an emergency landing in Torreón, Coahuila where police officers arrested one man.

It was the passengers themselves who reported the incident on Aeroméxico flight AMX 144, which was scheduled to arrive at 4 pm in Chihuahua from CDMX, however, a fight between passengers led the pilot to make an emergency landing in the city of Torreón.

The conflict occurred when a subject allegedly harassed a woman who was sitting right next to him, the suspect kept harassing the woman until she asked for help from other passengers, who eventually got in a fight with the man and later the pilot made the decision to land the aircraft so that the police could arrest the suspect.

After landing in Torreón, the National Guard arrested him and took him off the plane.

This led to a delay of at least 90 minutes for the arrival in Chihuahua, time that the passengers had to wait on the runway in Torreón.

Not all expats or Mexicans will be allowed entry into the U.S. if not vaccinated with approved vaccines