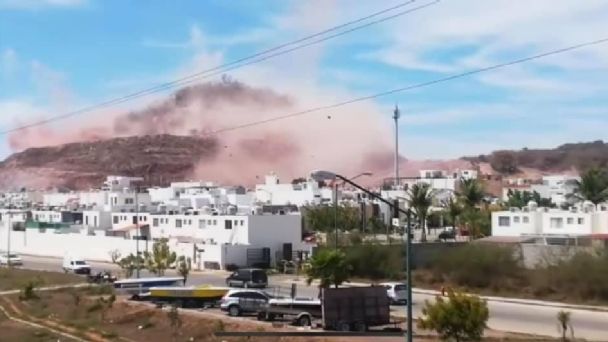 Mazatlán, Sinaloa. – After dynamiting the hill by the real estate agency of the residential project ‘La Pedrera‘, located in front of the Real del Valle subdivision, residents of that settlement reported damage to their homes.

When the first explosion was heard, they called the emergency services to report the detonations, Civil Protection personnel, municipal elements, Planning personnel, who were in charge of suspending work in the area, were transferred to the place.

While the Civil Protection personnel announced that those in charge of carrying out the detonations, did not notify 911 that they were going to carry out those tasks.

Meanwhile, the coordinator of Civil Protection, Eloy Ruiz, reported that those people whose homes were damaged after the detonations to call 911 to report what happened, but stressed that his management personnel was already visiting the different preserves, to verify the damage of some homes.

At the moment the work is suspended until further notice.