Mazatlán, Sinaloa.- There were eleven families from the port who spent Christmas and New Years without the company of their daughters, sisters or mothers, the same number of women as the Sinaloa Attorney General’s Office, reported that in 2020 they were reported missing in the town.

In the corridor between Plazuela Machado and the Angela Peralta Theater, a small clothesline was placed with the photographs of the women whose relatives are still looking for them, as well as some search cards that were pasted on the wall of the cultural venue. 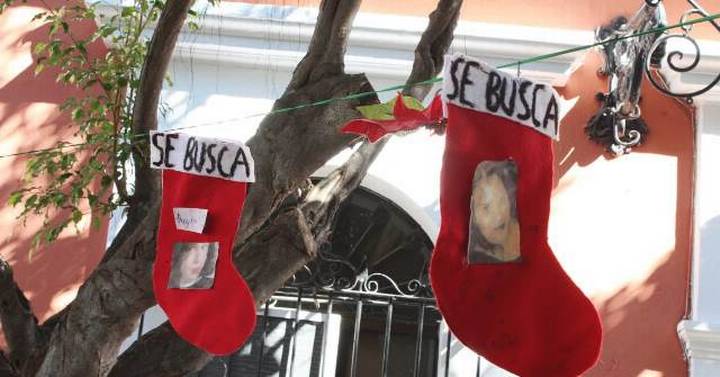 “We wait for you at home” is the phrase that accompanies the clothesline. The photographs were pasted on a traditional Christmas boot, which symbolizes and represents the desire of the person who placed it, to be given a Christmas gift.

Until the month of November, the collective Don’t Mess with Our Daughters “No se Metan con Nuestras Hijas“, in Sinaloa from 2019 to 2020 there were 57 missing women. According to the State Attorney General’s Office, from March to November, 52 Alba alerts had been issued, until then 18 were still active; 23 were deactivated when unfortunately not all of them were found alive.

El Chepe Regional vs El Chepe Express: What are the differences and what are their routes?

El Chepe train resumes partial runs, But only from the Chihuahua side