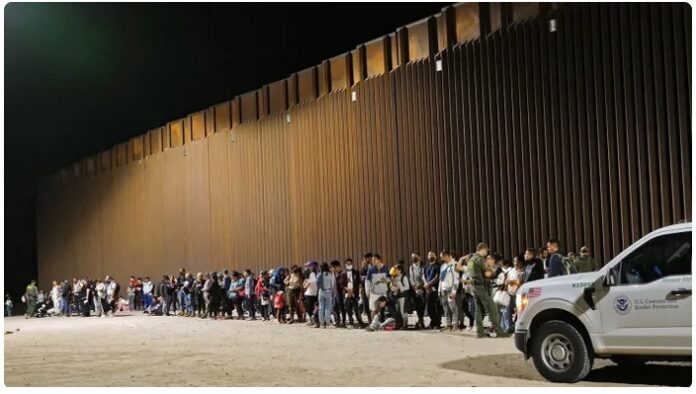 CIUDAD JUAREZ, CHIHUAHUA.- U.S Border Patrol agents along the El Paso, Texas, sector of the southern border are encountering an average of 1,500 migrants each day amid controversy about the busing of migrants into U.S. sanctuary cities.

The deputy city manager declared that at least nine buses depart from El Paso heading to New York and some to Chicago every day.

This comes as the Texas Department of Public Safety deals with people who are evading law enforcement, thwarting a human smuggling attempt at an airfield in McAllen where 19 undocumented individuals from Central America were on board the plane headed for Houston.

The bust was made after a concerned citizen alerted authorities of three unknown vehicles dropping the group off at the airport. Border Patrol came in to assist with the migrants, and the Department of Homeland Security is investigating.

This comes as agents are seeing a record number of encounters this year, with more than 2 million at the southern border. It’s part of a trend seen along the border, where agents encountered more than 200,000 immigrants crossing over from Mexico in August.

Also, in the Rio Grande Valley as part of Texas Gov. Greg Abbott’s Operation Lonestar, Texas DPS, and the Texas National Guard worked alongside Border Patrol to apprehend 14 migrants from Mexico who were hiding in the brush.

It’s not just about what is coming into the country but also about what is going out — cartels are trafficking drugs and firearms into the U.S. Most recently, two busts involved firearms in Arizona at the Nogales port of entry, where vehicles being used to smuggle weapons were stopped on the U.S. side attempting to head into Mexico.