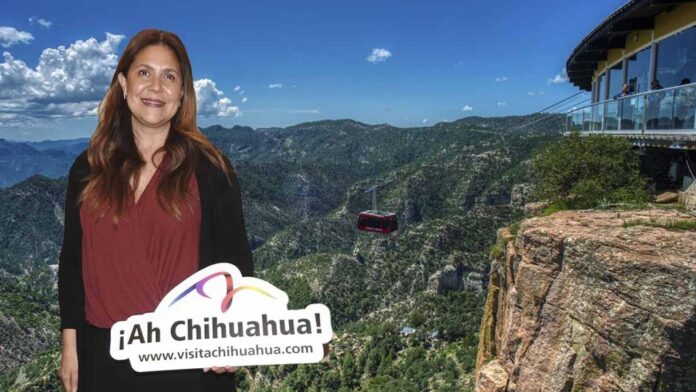 To position and maintain the state of Chihuahua within the imagination of travelers, Teresa Matamoros, director of the Tourism Promotion Trust of the State of Chihuahua, confirms that by 2022 they have planned more than 50 promotional actions and events, both national and international.

These promotional activities contemplate the presence in international tourism fairs, participation in gastronomic festivals in different cities of Mexico, as well as an advertising campaign, focused on digital media, since travelers remain more active on this type of mobile platform.

“We have an ambitious strategy with a renewed team in the trust, working closely with the Chihuahua Convention Bureau to attract more city events, more than 25 are already confirmed in the capital of Chihuahua and 17 in Ciudad Juárez,” he mentioned. Matamoros.

Regarding receptive tourism, the official explained that they work on the promotion in fairs, “we have worked in the European markets in which we are already placed with an offer such as in Spain with FITUR, with a presence in the International Tianguis de Pueblos Mágicos in Barcelona, ​​with our 3 magical towns”, he pointed out.

In the part of the United States, the plan is to concentrate efforts in the markets that already have a presence, such as Texas and Denver, in order to later conquer more destinations. The strategy contemplates events and activations.

Work will also be done with tour operators and travel agencies, those who already have it in their catalog to expand the offer and those who still do not, include it.

The offer of adventure, nature, gastronomy and culture have placed Chihuahua in the travel plans of millions of Mexicans. Due to its attractions, it advances to become a must-see for travelers from Mexico and the world.

Tourism is a very important pillar in this destination, bringing together more than 600 business units, serving more than 3 million visitors a year and representing 7.1% of Chihuahua’s GDP.

The large natural areas that Chihuahua has make it a suitable destination for adventure activities, an example of this is that throughout 2022 the 26th edition of the International Adventure Tourism Festival (FITA) will be held, which includes 40 events in 30 municipalities.

Gerardo Vidales, director of tourism at the Ministry of Innovation and Economic Development, explained that FITA 2022 will consist of more than 13 mountain biking races and 15-foot races, of which 7 are ultramarathons, covering distances ranging from 50 to 190 km, as well as 9 RV events.