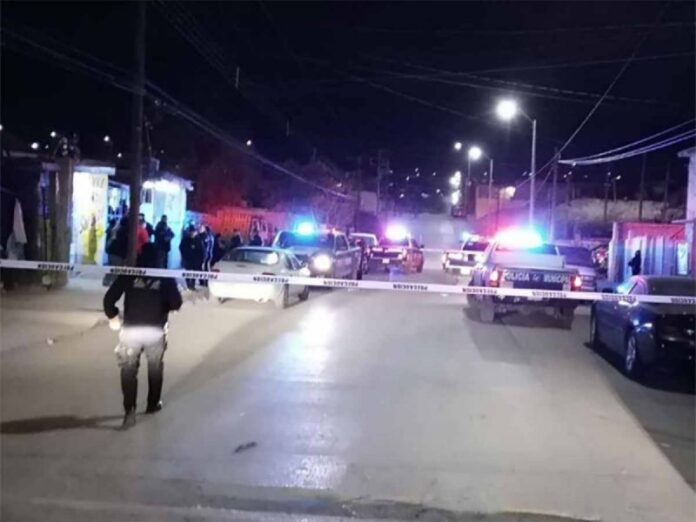 While president Andrés Manuel Lopez Obrador keeps saying that his government is fighting corruption and organized crime, 14 people are gunned down in the state of Chihuahua in just two days.

In one of the attacks, gunmen killed 9 people at a funeral; while another group executed two men aboard a pick up in the parking lot of a shopping center.

The violence and attacks between groups of drug traffickers continued Sunday, Feb. 13th in Ciudad Juárez, accompanied by messages of extortion to businesses, mainly bars and canteens.

On Saturday, gunmen attacked two funerals, shooting 9 people dead; while another group executed two men aboard a truck, in the parking lot of a shopping center.

The violence continued on Sunday when gunmen attacked a house in the Pradera de Los Oasis subdivision, where one man died and two were seriously injured.

In addition, a person was murdered in his home located in the Francisco I. Madero neighborhood. One more was executed in the Portal del Roble neighborhood.

The local police announced that within this wave of violence, two extortion messages were located in the El Bodegón and La Traicionera bars, whose facilities were totally destroyed by bullets.