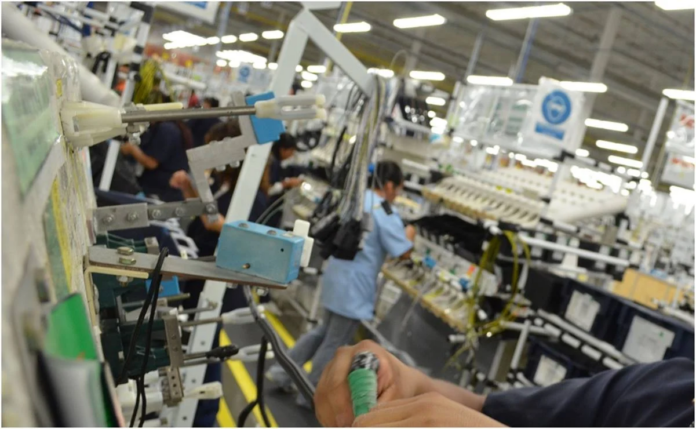 They pointed out that many companies need certificates in which they demonstrate that they produce electricity from renewable sources and if they do not have it, they will limit their investments.

In at least three entities of the country, there is a lack of electricity, an insufficiency that may increase if the electrical reform initiative is approved and, consequently, investments will be lost, said the president of the National Council of the Maquiladora and Export Manufacturing Industry ( Index), Luis Manuel Hernandez.

Chihuahua, Querétaro, and Baja California are states where there is a lack of electricity, which in these first months of the year puts thousands of jobs at risk, he added at a press conference.

In addition, many companies need certificates in which they demonstrate that they produce with electricity from renewable sources and if they do not have it, they will limit their investments. Added to all this is the fact that more subsidies will be required for electricity production than the Federal Electricity Commission (CFE).

“We do not see in the future that CFE without private investment can survive in the way it wants,” and that will lead to the scenario of not promoting investment because electricity will not be offered, Hernández added.

“Currently they are at risk, in what is the first quarter of this year, about 70 thousand jobs are at risk, this in several states, there is not an amount that the companies tell us, but we see that if we are generating 207 million dollars per day, we would be failing to pay an average of 20 million dollars per day in wages for not creating those jobs. The affected states are Chihuahua, Querétaro, Baja California and Tamaulipas, in the northern part, which is growing strongly”, he explained.

The states that suffer the most from lack of electricity are Chihuahua, Querétaro, and Baja California, which is related to the fact that not enough investment has been made in distribution or in CFE’s capacity, the point is that investments arrive at these entities that are not can be served.

“We have states where there are energy shortages, and we cannot continue to grow, and we are not creating jobs, we have other states where obtaining energy has not been easy, there are examples of aerospace, automotive companies that have problems in being able to comply with the certificate of emissions of Co2  (Carbon dioxide) by 2030. That generates a risk for us as a country, where the investment stops arriving and begins to be withdrawn”, he added.

In this context, approval of the electrical reform initiative will begin to receive less investment and, consequently, there will be less employment and less money.

“There are three main ones, one is the state of Chihuahua, Querétaro and Baja California, they are the ones that have been suffering the most in this part where there is no energy. No investment has been generated in distribution, and in the capacity of the CFE, so what has happened in those states is that the investment is arriving, but the CFE does not have the infrastructure to receive the available energy, and that is where the issue of who invests comes in.

“The companies want to get there, however, they cannot do it because there is no energy, a concrete example, a company that needs 2,500 people in a state that is producing with diesel has been able to hire 300 because of the carbon footprint it cannot hire so as not to pollute the environment,” he added.

Hernández considered that the risk is not only that investments stop coming to Mexico, but that capital that is already in the country escapes.