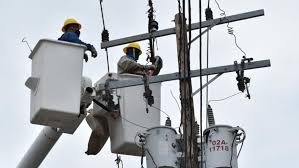 The north of Mexico, in combination with the effects of a freezing environment, registered a mega blackout in several states of the country, which ended up generating multiple failures in the electricity service, this was announced by the National Center for Energy Control ( CENACE).

Which states suffered the mega blackout in Mexico?

According to CENACE, states such as Chihuahua, Coahuila, Nuevo León, Tamaulipas, Durango, Sinaloa and Sonora were the regions of Mexico that suffered the mega blackout this Monday, in part due to the weather effects, which is why a call to citizenship in general:

“#CENACEInforms Given the effects of Cold Front No. 35 and in relation to the Operational State of Alert declared last Saturday, February 13, 2021, as well as the lack of natural gas supply, CENACE requests the general population of the states in the North of the country (in particular Nuevo León, Tamaulipas and Chihuahua) their support to reduce the use and consumption of non-priority electricity during the next few hours, since this weather event requires that the infrastructure of the National Electric System be safeguarded. . “

In this way, with the help of all users, or those who are not yet victims of the mega blackout , it seeks to minimize the risks of interruptions or major damage, this by making efficient use of light and using it to a minimum so that it can be restored more quickly to those who were affected.

What other implications were there in the mega blackout?

Another explanation, from CENACE , points out that an imbalance between the load was part of the inconveniences that caused the mega blackout

“#CENACEInforma Due to a high flow of electrical energy between the southern and northern regions of the country, caused by the exits of power generation plants due to the lack of natural gas and the loss of some elements of the National Transmission Network to the 7:48 a.m. there was an imbalance between load and generation in the north and northeast of the country, affecting approximately 6,950 MW of load. Therefore, @CenaceMexico is implementing the restoration. “

After mega blackout, 70% of light supply is restored

At 1:30 p.m. on Monday, the  National Center for Energy Control  (CENACE) reported that the restoration is going little by little, but 70% of the affected load has already been recovered, so it is expected that the service electric go reestablishing to 100% in a matter of hours, all the people who were left without light.

What did the CFE say about the blackout in Mexico?

Due to the unexpected  blackout  that affected northern  Mexico , the  Federal Electricity Commission  ( CFE ) pointed out that the  low temperatures in the United States  caused the  lack  of  light  in  homes :

“Given the worsening of extreme temperatures in the United States and particularly in Texas, where a part of the population does not have electricity today (Monday), significant cuts in gas supply began today due to freezing of pipelines, in the northern part of the country that would affect gas generation plants in Sinaloa, Sonora, Durango, Chihuahua, Saltillo and Nuevo León. With its gas reserves, the CFE is injecting gas to strategic support plants in Chihuahua and Nuevo León to avoid further damage. “

To whom has the light already returned?

For example, after more than three hours of the  blackout  in  Mexico , at least  six municipalities  in  Chihuahua , including the capital, had the  return  of  electricity . So in this way, the rest of the affected users in other regions or states will see that as the day goes by, the  electricity service  should be returning to their homes and businesses .

Faced with the mega blackout in northern Mexico , the authority appreciates the support and understanding of all citizens in the face of this contingency; Therefore, it will continue to inform about it, as soon as there are other advances on the subject.

Freezing weather How have northern states endured it?

Heavy snowfalls were registered in various entities of the country that covered the cities in white, causing a   peculiar climate in the states, which has generated electricity problems, mainly in the north of the country.

Such is the case of  Ciudad Juárez, Chihuahua , where  the snow accumulated up to 4 centimeters ; as well as a maximum temperature of 7 degrees centigrade and a minimum of -8 at night.

In Nuevo León, the fall of snow, snow water  and cold began to be registered in the high areas of  the Monterrey metropolitan area, as well as municipalities near the  Sierra Madre in the  state.

In the municipality of Juárez, Chihuahua, Civil Protection authorities  activated the Orange Alert due to the freezing temperatures  and called on citizens to take extreme precautions.

In Saltillo, Coahuila, the ninth winter storm of the season,  generated a snowfall in the municipality of Múzquiz .

According to the report,   the National Meteorological Service  (SMN) indicated that the adverse weather and low temperatures, with snowfall, remained during the weekend in the mountains of Sonora, Chihuahua, Durango, Coahuila, Nuevo León, and Tamaulipas.